The Joshua Tree National Park Association is pleased to announce a call for nominations for the fifteenth Annual Minerva Hoyt California Desert Conservation Award. The purpose of this award is to recognize individuals or organizations that have made notable achievements in the areas of leadership, protection, preservation, research, education, and stewardship leading to a significant and lasting contribution on behalf of the deserts of California. Minerva Hamilton Hoyt (1866-1945) was a South Pasadena resident whose persistent campaign to preserve the deserts of southern California persuaded President Franklin Roosevelt and Congress to create Joshua Tree National Monument in 1936.

Born in Holmes County, Mississippi in 1866, Minerva Hamilton led a genteel early life attending finishing schools and music conservatories. Her marriage to Dr. Sherman Hoyt led her eventually to South Pasadena where she immersed herself in southern California society and civic causes. Trips to the desert instilled in Mrs. Hoyt a strong appreciation for the austere beauty and wonderful inventiveness of desert plants that somehow managed to thrive in the harsh climate. She became convinced that the best option for preservation of a large park to preserve desert plants was through the National Park Service, and so began a carefully organized campaign to achieve her goal. On August 10, 1936, President Roosevelt signed a presidential proclamation establishing Joshua Tree National Monument. Minerva finally had her desert park, which was promoted to National Park status in 1994 by President William Clinton.

Any person or group is eligible to receive the award except for Joshua Tree National Park Association (JTNPA) board of directors or staff and members of their immediate families. Non-residents of California are eligible but nominations must be for conservation accomplishments in the California deserts. Candidates must be at least 18 years old.

Nominees will have made a notable achievement toward conservation of the California desert in one or more of the following areas: 1) provided leadership resulting in legislative action or public policy in the area of desert conservation, 2) advanced research leading to improved conservation knowledge, techniques or strategies, 3) fostered conservation partnerships and collaborations, or 4) created stronger public stewardship through education and outreach activities. Nominations will be accepted from any interested individual or organization. Nomination guidelines and forms are available on the Association’s website at https://www.joshuatree.org/our-work/minerva-hoyt-california-desert-conservation-award.html. All nominations must be received by JTNPA no later than Friday, January 11, 2019. JTNPA will oversee the annual nomination and selection process, and the 2018 Hoyt Award winner will be announced in February 2019. 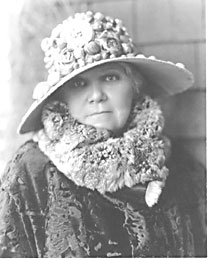